From this article you will learn:

In his latest book “Enterprise Continuous Testing: Transforming Testing for Agile and DevOps” Wolfgang Platz mentions that API testing is the future of automated testing as it is the only part of enterprise system testing where in reality you can automate >85% of test cases.

What is SAP API in reality?

Most of the companies which use SAP use asynchronous (IDOC, Proxy) integration scenarios for their B2B partners or legacy systems. Most of those message exchanges however are using SAP middleware products like SAP Process Orchestration (SAP PO) or SAP Cloud Platform Integration (SCPI).

What does it mean to test the SAP API?

There are many use cases but the most common ones are:

How can we quickly build test cases for those use cases?

Int4 IFTT is the only Native SAP certified testing tool which fully supports all of the above use cases out of the box. Due to the nature of asynchronous integration and Int4 IFTT prebuild accelerators, test cases for all use case can be implemented in days/weeks and not in months as with other software which is not designed specifically for SAP API testing.

Can we use test SAP API with Int4 IFTT from Tricentis Tosca?

Int4 IFTT is a complementary product to Tricentis Tosca and you can easily run all of your test cases from a single platform (like Tricentis Tosca). In order to do that you can call Int4 IFTT api directly from Tricentis Tosca as shown in the example below and analyse the results of all types of testing in a single tool.

How can we integrate Int4 IFTT with Tricentis Tosca?

Below you can find a simplified example on how to run Int4 IFTT from Tricentis Tosca. For Int4 IFTT configuration please have a look at the openSAP course from the Further Reference section.

Once the API scan opens up you can open Int4 IFTT run WSDL file using the File menu and Tosca will prepare an executable SOAP Service call. Over there you can either specify an Int4 IFTT test case ID -ItTestCasesList or a whole test folder – ItScenariosList. Make sure you populate the authentication tab where you need to set authorization for your system where Int4 IFTT is installed (like Solution Manager, S/4HANA system or a another SAP Netweaver instance). 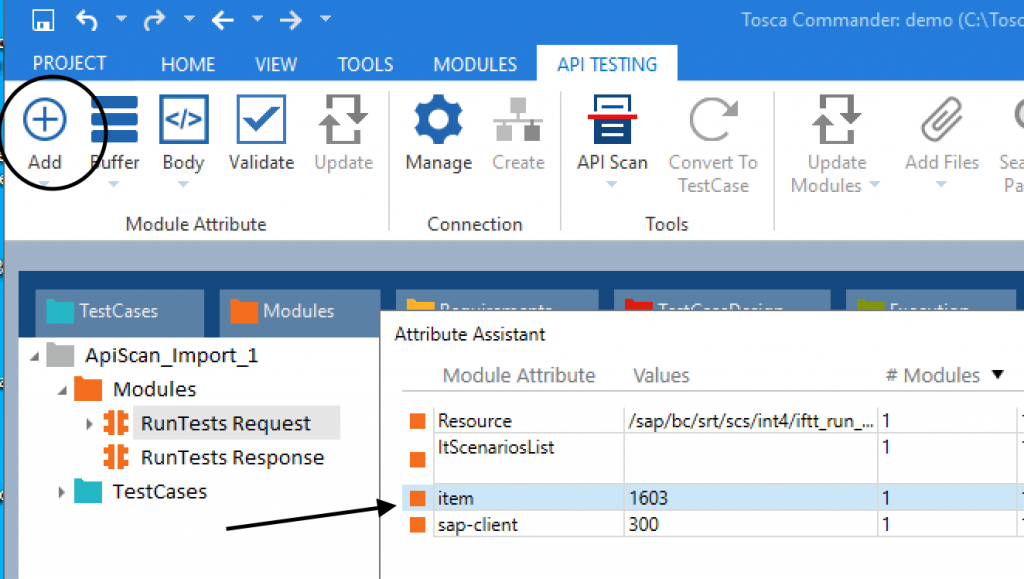 Pre-populate the Int4 IFTT test case ID in the in the test case to run the demo. 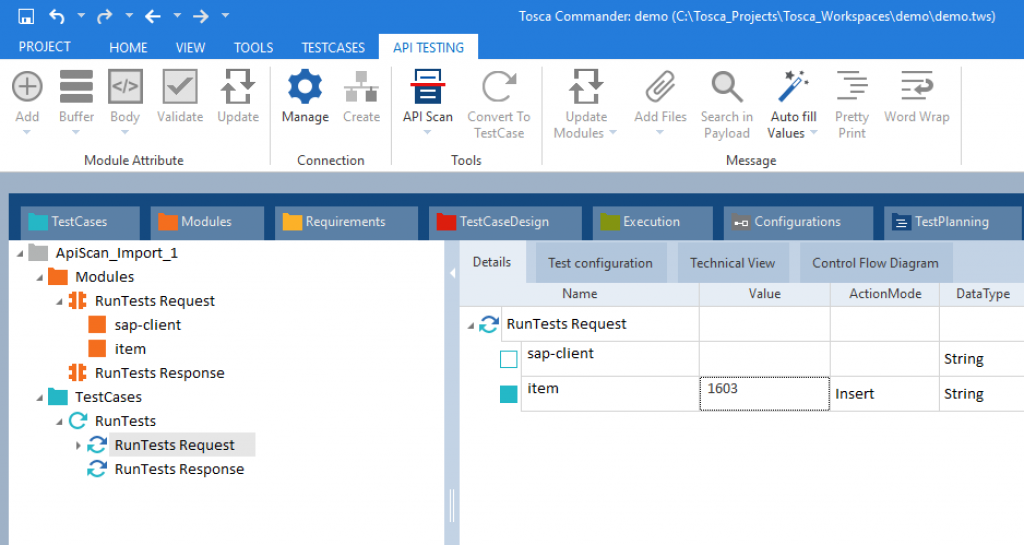 Add output and validation variables which we need to check after the run is done. You can use two variables: 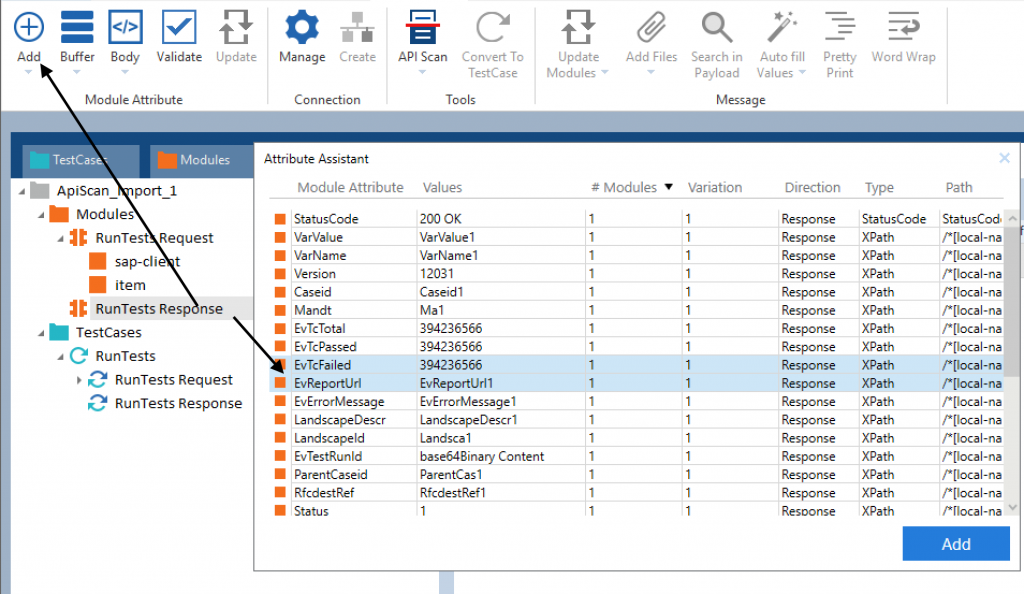 In the test case response you can mark to verify that EvTCFailed = 0 and EvTCFailed is populated as shown in Figure below. 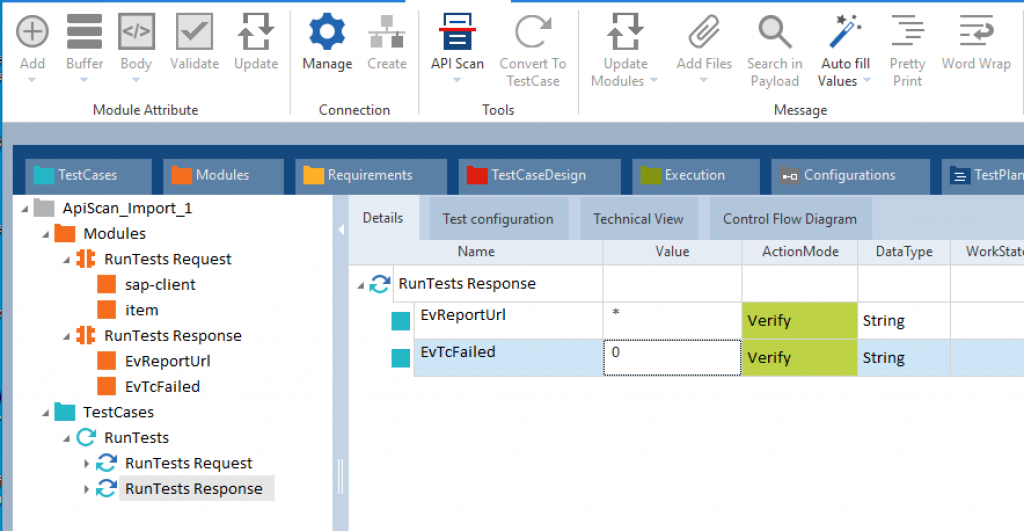 Once you finish you can try running the scenario in the scratchbook. 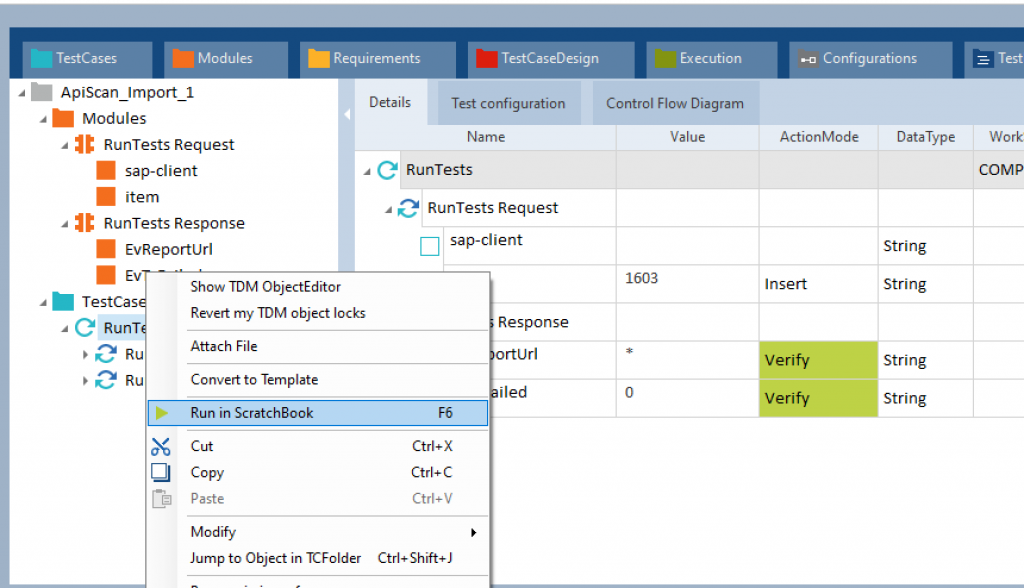 Once the test is successful you should get the status in the scratchbook. 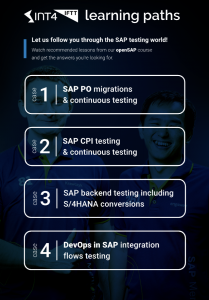 What are the 3 main problems during SAP S/4HANA transformation programs which can be solved by SVT solutions like Int4 IFTT?

How SAP API Management can benefit your business?